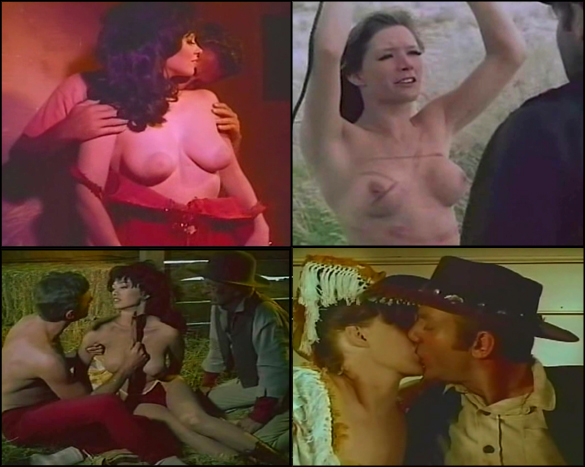 As a open-minded cinema-goer, I'm as supportive of a cheap, softcore western as the next person. In the case of Byron Mabe's Brand of Shame, I don't think he and exploitation producer par excellence David Friedman quite pulled it off. That's not to say this one's doesn't have it's charm, though. There's quite a few bits and pieces working in it's favour, but it's the actual sexual elements that can fall somewhat short. Still, there's a bargain-basement ply-wood coach beckoning us aboard, so we'd better hop in and see what happens. 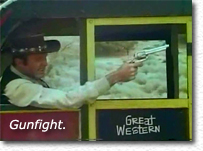 In the wild west, a coach taking two passengers is under attack by a couple of bandits. It's a mystery why, as the coach isn't holding any money, but lawyer-cum-gunfighter Steve Turner (Steve Vincent) blazes away with his pistols and fights them off amicably. Steve's co-passenger, the virginal - yeah, right - Donna (Donna West) is knocked out by the jostling of the coach. She awakens from a nice sexual dream (that we don't see) and thanks Steve for his protection with a kiss. We see grizzled bandit Bart Black (Steve Allen) explaining the robbery plan to his large-breasted lover Delilah ('Paula Pleasure'). We find out that Donna, a schoolteacher, has a map given to her by her late father, which directs the reader to a gold-laden mine in the area. Bart and his gang want to get their hands on it, and make it rich in this dirt-poor town. After this discussion they promptly have out-of-focus, unenthusiastic sex. 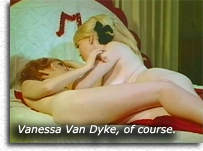 Steve drops Donna at the local hotel. Vanessa Van Dyke, (Marsha Jordan, voluptuous main girl from Mabe's The Head Mistress) the owner and a voracious lesbian, has already taken a girl-lover from her staff - cue softcore lesbian sex scene - and soon comes on to Donna. Watching the naked Donna bathing herself through a hole in the wall, Vanessa decides she wants her. Having a nice dream about a shirtless Steve, Donna wakes to Vanessa trying to fondle her. Donna wants none of it, and offends Vanessa with her rejection. Poor Donna. Soon enough, Bart gets his moronic sidekick to try to steal the map from her room. At the same time, the vengeful Vanessa gets him to rob Donna of all her money, so she's forced to stay longer. The bumbling sidekick succeeds in steling her money but the map eludes him. 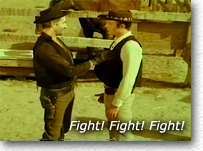 Later, Donna tells Steve all about the precious map, and Steve begins to put two and two together. Tensions erupt between he and Bart, which quickly results in a fistfight, with Bart coming out the worst. Still, he tells Delilah and Vanessa later that he was ambushed by Steve. Bart vows revenge - which leads Delilah to giving some of her personal medicine in the form of sex with Bart. The sex scenes between these two just don't work. They just sort of roll around nude, and stroke each other a bit. Steve offers to escort Donna safely to the mine on horseback. They stop by a river, strip off for a skinny-dip and Donna gives up her virginity to Steve. A slightly better sex scene, but still well short of a softcore classic. The slender Donna West is obviously enhanced with silicone in the mammary department, which for me is something of a turn-off. Soon after they find out that Bart has had his sidekick steal their horses - they're forced back to town before their journey has even begun. 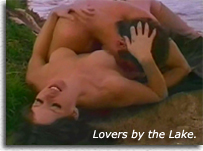 The nastier-than nasty Bart then has Delilah distract Steve with her ample, bosomy charms while his men kidnap Donna. They string her up and Bart takes a whip to her exposed breasts. It's a pretty half-hearted whipping, folks, I must add. Meanwhile Steve gets wise to Delilah's deception when one of his old friends tells him about Donna's kidnapping. He threatens to kill her if any harm comes to Donna. Donna gets whipped more but won't give up the secret. Only the threat of being raped by the moron makes her talk. When Bart leaves and lets the simpleton have his way with her, Donna makes her escape before he can do anything, running off naked. The moron gives chase and is about to catch the falling Donna, but Steve and his friend arrive in the nick of time and blow him away. Bart grabs the map from it's hiding place but Steve intercepts him. A gunfight begins to take place, with Bart starting to gain the upper hand. Still, Donna may have a few surprise survival skills of her own in store, that may turn the tables ... 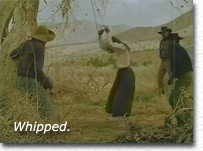 Okay, Mabe - billed here as B. Ron Elliott, does do well on a couple of fronts. The scenery's actually pretty good, and is filmed quite well most of the time. I wouldn't mind exploring the wild west of Brand of Shame. The original music by Billy Allen is more suited to television, but doesn't do the film any damage. The male leads, Steve Allen and Steve Vincent, as the lawyer and the bad guy respectively, actually aren't too bad in a film where they're billed as 'Steve Stunning' and 'Bart Black'. Steve (the good one) can actually convey the square-jawed, blue-eyed hero type in between taking his clothes off. The women don't fare so well, though. Donna West, billed as 'Donna Duzzit', is as wooden as anyone I've seen on the screen. We certainly don't get the impression she's either a virgin, or a schoolteacher of any note! 'Paula Pleasure' as Delilah, Bart's squeeze, is the only really erotic presence in the film, to my mind. Buxom but natural, she's a bad girl with some mighty purty red lingerie. The old west was wild in more than a few ways, apparently. Unfortunately, though looking great, her sex scenes are as vanilla as all the others.

Now, to that title. Is there a big 'branding' scene for some hapless victim, for those of you with a penchant for such things? Nowhere to be found, unless I blinked and missed it. No branding, no shame. Oh well, it's quite a good title, anyway. I'm happy to put in a fairly positive word for Brand of Shame, if only to have seen more of the generally fun Mabe's output. Any film that features Steve Stunning, Paula Pleasure and Donna Duzzit as names in the credits, well, you kind of know what you're in for. I just wish the sex hadn't been so listlessly filmed and performed by such lacklustre actors. If the sleaze factor was ramped up higher, we could have had a softcore classic on our hands. As such, it's still a pleasant little night's distraction, with some reasonably effective western trimmings.