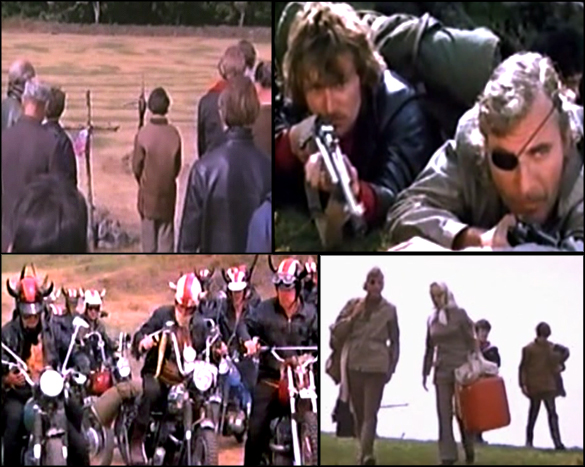 With the endless coverage of global warming, droughts, worldwide food shortages and other catastrophes besieging our planet, watching Cornel Wilde's humble little dystopean road movie seems quite timely. There's admittedly some odd stylistic choices in there. It's certainly a film of it's time, and some could view it as dated. Overall though, we've got a powerful little film that pulls no punches in it's depiction of society falling apart, and descending into utter, violent anarchy. The concept of a world-wide plague affecting all grass species, thus causing famine and chaos is a lot more subtle than the usual post-nuclear-holocaust scenario. Perhaps more believable than some of the plots we're meant to swallow with our science fiction. This is dead serious material all the way through, but still worthwhile viewing, and you'll finish with a few things to think about. 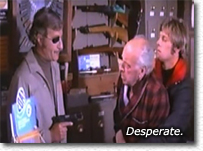 After a fairly touching, descriptive opening song with some nice acoustic guitar playing, we are brought up to speed with what's happening in this world. As we're told through a sombre narrator, due to population growth, excessive pollution and rampant development, the Earth's environment can 'take no more'. Mainly due to pollution, a new virus has arisen that devastates the world's grass species. Worldwide stocks of rice, wheat and related foodstuffs are lost. Famine takes hold in Asia and developing countries, causing panic-stricken governments to exterminate half their populations just to survive. England sits pretty for a while, and we are introduced to our main male protagonist, architect John Custance (Nigel Davenport) dining with a friend. They watch the news of the ever-worsening virus and it's effects on the world, as his contemporaries gluttonously feast on their repasts. They comment that the virus couldn't happen to England. Of course, we flash forward some time later and it has. John and his wife Ann (Jean Wallace) burn parts of their garden to stem the grass sickness but they both comment that there's no point. The situation in England takes a turn for the worse. Riots begin to break out and the Government begins to crack down. John decides to take Ann, his sixteen-year-old daughter Mary (Lynne Frederick) and her boyfriend Roger Burnham (John Hamill) to go and stay at his brother's farm in Scotland. The isolation and availability of food should enable them to survive the crisis. They pick up their young son David (Patrick Holt) and an orphan friend of his from boarding school and try to get through London. They are almost killed in savage food riots, and realize they may need guns to survive this deteriorating world. John and Roger attempt to buy, and then steal guns from a gun store in the middle of the night, but the owner will have none of it. John explains to the owner what he's trying to do, and offers him the chance to join them. The owner resists but his assistant, the brutish Pirrie (Anthony May) agrees with John's plan and shoots the owner dead. John and David reluctantly take Pirrie with them, as he assures them he's a crack shot from army duty. 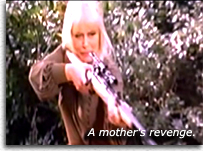 They're joined on the road by Pirrie's cynical wife Clara (Wendy Richard), but are soon stopped at an Army checkpoint as the Government is closing all borders. As the tension mounts, Pirrie shoots both of the soldiers trying to apprehend them and they proceed, with more guilt and blood on their hands. Later, when they're stopped at a train crossing by a mysteriously closed gate, John investigates and is knocked unconscious by a pair of bikers. Ann and Lynn are abducted by the thugs and the virginal Mary, who was considering giving it up for Roger, is raped by one of the bikers. We don't see any of this, and I gather in an uncut version this scene is more drawn out, but we get the picture anyway. John, Roger and Pirrie join the fray and overcome the bikers, killing them all except the rapist. Wounded, he begs for his life but Ann takes the rifle from Pirrie and, revenge in her eyes, shoots him dead. Ann regrets the act later, but John assures her all will be better once they're at the farm. He comforts his daughter who tries to maintain a 'stiff upper lip'. They hear on the radio that the government - who was planning to kill off portions of the population with nerve gas - has been overthrown and a new citizens' government - read, chaos - has taken over. Travelling further, they are ambushed by another group of older men with guns. The ambushers command them to give up their cars. Ann asks them what sort of people they are, to which they reply, "same kind of people you are, ma'am." Trying to progress on foot, they spot the dead animals left poisoned by the grass plague. They enter a farm house looking for food and are confronted by the armed owner, whom they swiftly kill as well his rifle-wielding wife. They stay in the house for a while, with Ann becoming more and more depressed with the realities of this harsh world. John is more stoic, assuring her things will get better but she's not so sure. Clara flirts with John, and tries to seduce him. He'll have none of it, but Pirrie catches them and in a rage, shoots Clara dead as "everything is different now." They reluctantly keep him on, and when he later demands at gunpoint to walk with Mary, Mary makes them give in to his request, pretending to like Pirrie to defuse the situation and avoid more bloodshed. 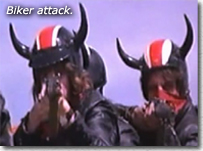 Soon, they stumble across a larger group of people who seem less hostile. Thinking weight of numbers and extra guns may offer some protection, John offers to take them along to the farm. An argument with the group's leader soon escalates resulting in him dead, and the rest of the group willingly joining John's. Sadly, a baby is stillborn to one of the couples in the group, and they remain behind to join them later. They encounter a group of soldiers mutinying against their commanding officer, and barely escape alive. Further along the road, a large group of marauding bikers, their helmets adorned with horns, attack the group. Somehow, they manage to gain the higher ground on foot and pick them off one by one, but not before enduring many losses from their numbers. This is a pretty well-done scene, and offers the action some people may be craving for in a film such as this. Certainly director George Miller was inspired by aspects of this film for his Mad Max series. Finally they make it alive to his brother's farm, but John and his band are dismayed to find it guarded by an armed-to-the-teeth group along with his brother. John approaches his brother and they happily re-unite, but his sibling offers him a stark choice. John can enter the farm with his family, but there's not room enough for the rest of John's group. The Custances can join them, but must abandon the rest. John goes back to his group and feeling as though he's betraying them, decides they will fight their way in - as long as his brother is spared. The war for survival begins, but saving his brother from a band of starving, desperate and trigger-happy men is going to be some task, especially with the half-crazed Pirrie as his lieutenant ... 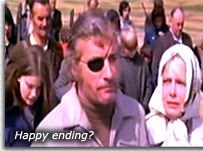 No Blade of Grass ends on a sad and ironic note, but I'd better not give any more away. It's worth watching fresh and not spoiled by this review, with it being enough to say that it contains elements of hope and despair. Now, first, with the 'bad'. Director Wilde's filmic flourishes sometimes don't work. We're given little red-tinted, almost subliminal flash-forwards which occasionally spoil the plot. The endless shots of sludge, dead fish and animals, bellowing smoke-stacks and polluted streams can be a bit heavy-handed. They certainly don't spoil the film, though. There are some odd freeze-frames, camera distortions and 'going-into-negative' view, which all seem very seventies. This is either a good thing or a bad thing, depending on your point of view. I didn't mind them. The acting's subtle all through, with Davenport and Wallace generally cool, calm and collected despite what they and their family are going through. For such a dire situation, there's not much panic or hysteria, except for the manic Pirrie, who's constantly threatening to go off the deep end and shoot everyone. Still, I've not seen a film before where all the so-called 'good guys' resort to cold-blooded killing so quickly, No Blade could be unique with it's vicious vision of humanity dropping all morals and ethics just to survive. Men, women, young and old all quickly shoot first without question. I guess this is food we're talking about, and I know how cranky I get when I'm hungry.

Generally, Wilde's camerawork is simple when not indulging in odd touches. Everyone looks the same as ever - except the horn-headed bikers, I guess they got them from all the dead animals - and more often than not, the group is just seen trudging across a barren-looking countryside, which has been quite well-simulated. This is more a film for the mind, rather than a feast for the senses. There's a pervading sense of hopelessness and misery plaguing this film's world, so if you're after pure schlocky entertainment, it would be worth passing on this one. There's not that much action per se. Though not a hugely cerebral film, No Blade of Grass does leave you with a lot to think about as far as, just what are people capable of when their luxuries and essentials are taken away - when things are stripped back to pure survival?